When Princeton teacher, Shirley Low, developed a project for her Grade 3 social studies class on mapping ten years ago, no one had any idea what it would grow into. The class embraced the project to create a plan for a community garden and then wanted to actually build it. 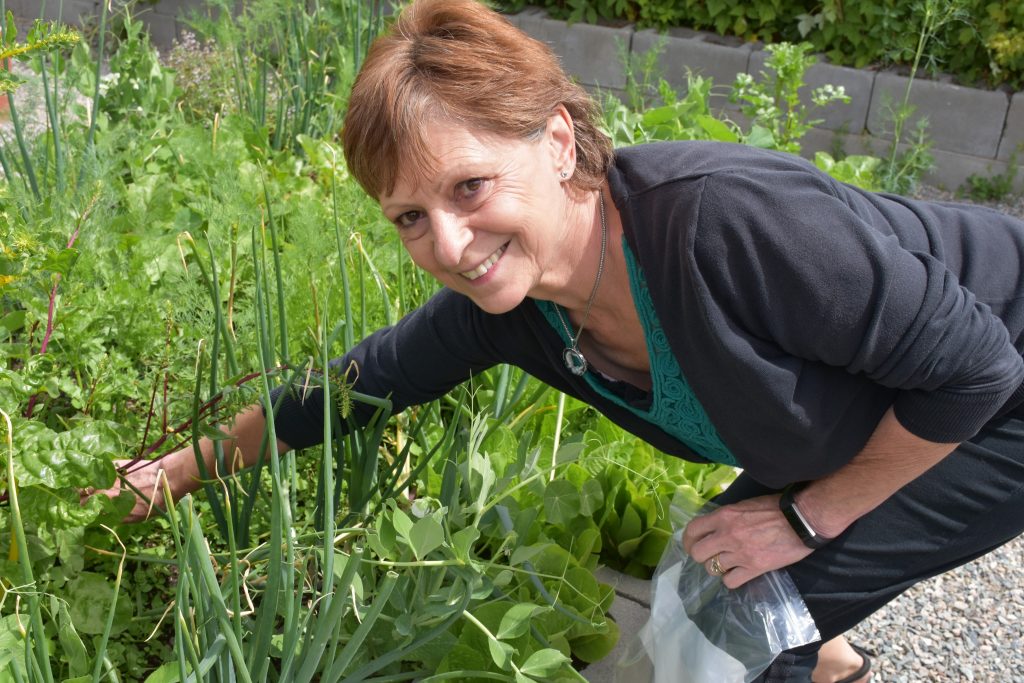 “We couldn’t do this without the help of CUPE members,” said recently-retired teacher, Shirley Low, who is still active in the garden. “They’re half the hands in the garden.”

Right from the beginning, CUPE members were involved and active in making the project a success, volunteering their time and making donations. CUPE member and school secretary, Marie Ann Roche, does the garden’s financial books. Education assistant, Leslie Kemp, collects organic waste from classrooms and takes interested students out to the garden during her lunch break. They add the collected organics to the garden compost and spend time watering and weeding. CUPE 847 President, Lynda Hodgson, head custodian at the school, donates compost from her ranch.

CUPE maintenance worker, Mark Howarth, is also integral to the garden. He takes care of the irrigation and blows out the lines in the fall so they don’t freeze, clears the snow from the garden entrance to keep it accessible in the winter, and helps clean up and maintain things throughout the year.

“Without the community and all the help from volunteers who work at our school, this wouldn’t have come together,” said Low.

Members of the community were part of the garden from the early planning stage. The community, CUPE members, and parents got involved to help the kids raise money, donate goods and services, and then build the garden.

“We’re really interested in healthy living. With the garden, we teach children how to plant, grow, and eat healthy,” said Low. “It’s all part of healthy living.”

Focusing on healthy living developed into “Kitchen Kids”, a program for students to learn how to cook the food they harvest. Low has produced and sold four cookbooks to help fund the garden.

The John Allison Community/School Garden, situated beside the K-3 school in Princeton, has flourished to include individual plots for each class and Strong Start, plus an outdoor classroom area where Mason bees thrive and children learn about the bees’ role in food production.

The school recruits “gardening angels” from the community, including CUPE members, who come in during the summer and take care of one of the plots – pulling weeds and watering, as well as harvesting what’s ready. Each gardening angel takes one class during the school year and teaches students how to garden, from preparing the soil and planting, right up to the harvest.

As part of the school’s gardening club activities, kids come in and Low or one of the gardening angels tours them around the garden, where they taste all the food. Low notes that kindergarteners really like the chives and strawberries.

Each fall the school hosts a Harvest Celebration. Garden produce is harvested and Kitchen Kids cook up a big batch of butternut squash soup for the school and the community to enjoy.

CUPE 847 President Lynda Hodgson commenting on the garden’s impact on children like her grandson, who attended John Allison Elementary, said, “It’s amazing how aware of food the children become. It’s exciting to them that they grew the food, cooked it, and then got to eat it.”